I am again on tenterhooks today, like many others. I even saw a think piece about how this election is a little traumatic for those who thought Clinton would win and woke up in a nightmare world 2 years ago. 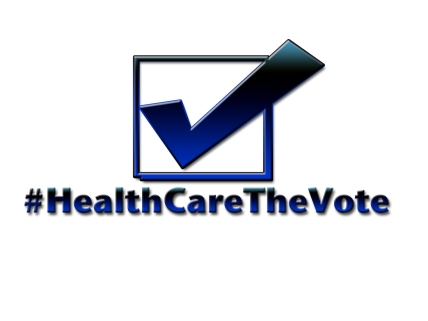 Obviously, I haven’t written here as regularly in the past 2 years as I did before. Much of it has just been the frustration I’ve often expressed: been there, ranted that. The same breast cancer culture shit keeps happening, why bother write a new post when I have an old one I can just re-share? I mean, really! But I’ll admit a large chunk of my silence on this here blog has been my inability to keep politics out of my writings, and the constant low-grade depression I’m in…and most of all, an inability to keep bitterness and near hatred in check.

The day after the 2016 election, the thing that upset the most was how deeply conservative my region had voted. It made me glare at people in the grocery store—because all I could think was, “YOU! YOU are the one who thinks it is OK for cancer patients to go bankrupt and die because you hate the ACA”. I hated everyone around me. I’m not sure I’ve admitted that on this blog before, but it’s true.

I’d like to say I’ve grown, calmed down, but I have not. I got involved in a few groups, but now am really only still involved with my local Indivisible group. Because I work far from where I live (and vote), I handle social media aspects rather than the in-person actions our group takes on. So that means I live in the sewage of political Twitter more than I’d care to. Yes, I could choose not to—but I want to “do something”, so I do the thing I can do. I admit it has not been great for my mental health. Right after the election I was involved in airy fairy things like bridging divides, trying to have meaningful conversations with those whose views differed from mine. I no longer care. I’m simply not interested in wasting time with “agree to disagree” conversations. I’d even say I’ve been pushed more to the left than I was before—not by exposure to the far left, but by the opposite. There is only so many times “libtard” and “snowflake” can be lobbed at a person—it takes a toll.

Look, I hate the division in our country too. I hate the way the media portrays this all like it’s the SuperBowl or something—this is not a game, it is my life and pursuit of happiness. Well, look at that, I found one thing I can agree with Trump rally attendees on: CNN does indeed suck! But I cannot find common ground with someone who thinks so much of what has happened is permissible (not even going to list all that stuff). I was shaken to my core checking something on the Countable app the other day—other users post their opinions on the bills Congress is voting on. Someone simply said, people with health problems should be required to pay more—full stop. It’s this weaponization of those “Did You” questions that I feared. When I first wrote that post, it was merely just a gripe, knowing that people asked me those questions because they wanted to believe they were “safe” from getting cancer—it merely had to do with fear and a sense of control. Now I know they ask those questions because if they can believe I caused my own cancer, I can be punished for it. While the ACA remains law as I write this, I can still say MOST of my fears came true since November 2 years ago. I feared this would happen. I have no desire to engage with someone who holds this view of me.

As a cancer advocate here, I’ve often thought if we only shared the truth and reality of cancer, people would begin to understand. I cannot say that drove me to write my posts—I mostly wrote for an audience that did not need persuading—this was a place for others to come and feel relief that they felt the same way and that it was OK. I understand that advocacy requires more outreach, more appealing to empathy in others. I cannot say I’ve believed in that this year. I keep trying, I keep putting things out there—to show: this is what is at stake in this election. But I don’t have much confidence in the outcome.

Ugh, this is NOT my version of Trump’s “American Carnage” speech, though it feels like it, amiright? I refuse to pay attention to exit polls or any polls—I think most people feel that burn too. I write I guess because I am trying to muster up some hope today. But as my usual curmudgeony self—I’m girding my loins too. I never again want to experience that gut punch like with cancer (you know, how it wasn’t all pink fun and games like on TV).

I’ll watch and wait today. Then I will pick myself up tomorrow and continue this particular battle (yeah yeah, I hate battle metaphors in cancer—but this voter/political activism thing, yeah, it might be a bit more war like).

7 thoughts on “The Things I Didn’t Say Before”