When people go on about “gifts” from cancer, I roll my eyes. More like curses, I think. One such curse is some occasional insomnia for me. You know, that wake up at 3 in the morning thing. Start worrying about stuff, mostly cancer, and cannot get back to sleep. This happened to me this morning. I did the one thing you’re not supposed to do–got out my phone and started goofing around, which pretty much guarantees I won’t get back to sleep.

So I got up at 5 AM, turned on the TV to see if I could find a nice boring infomercial that would lull me back to sleep. Instead I found delight: Foo Fighters on “Austin City Limits” on PBS!!

Let me back up a little bit. I knew the Foos were going to be on ACL, and knew that it was supposed to broadcast on PBS on Feb 7. PBS always gives a date and a time for programs with the note to check local listings. I LOVE living in Maryland, except for the state’s PBS station, MPT. MPT NEVER complies with the times/days PBS advertises. Well, of course, “Downton Abbey” is on at the same time as it is on other PBS stations, but I am sooooo over that show. When the Ken Burns cancer film shows in most areas of the US, I will likely not see it until a day or so after, and I will have to really look to see when it will screen on MPT. I’d checked my local listings last night, and ACL was not listed. It did not occur to me to check 5 frickin’ AM the next day for it. It was pure luck I had a sleepless night and got up to channel surf. Who the hell watches a show of raucous music at 5 AM? Well, me. With such recent artists featured on ACL—Nine Inch Nails, Beck, freakin’ Nick Cave—5 AM is NOT the time slot I thought to research.

All griping about my local PBS aside, what a wonderful morning. Yes, I am tired today—maybe I can grab a nap later. Yeah, waking up in the middle of the night sucks, worrying about cancer in such a way it prevents sleep sucks, but what a great outcome today! Today is great! (Cue Ice Cube’s “Today Was A Good Day” in the background.) I saw an awesome show, I was reminded of the power of live performances. Also, BTW, anyone who does not love Gary Clark, Jr. (the Foos special guest) is wrong!!!

So oh no, what??!!! I have to thank CANCER for the GIFT of insomnia??!!! Weeeeellll, I’m not gonna go THAT far. But I concede that the series of events led me to getting up early, and totally enjoying it.

Anyone who has read my older posts, the music related ones, knows that I 1) am a big rock and Grohl fan and 2) do not believe in having heroes. On the latter point—it isn’t fair to dehumanize someone with hero worship, they are merely fallible humans. That said, I will admit to being extremely grateful, indebted even, to Dave Grohl and his various music affiliations. Nirvana, Foo Fighters, wacky collaborations with Jack Black, any of those combinations have been a source of comfort in my post-cancer life. Of course I could’ve faced my post-treatment depression without him. But it’s been a hell of a lot easier with the existence of Dave Grohl.

In Grohl I trust. 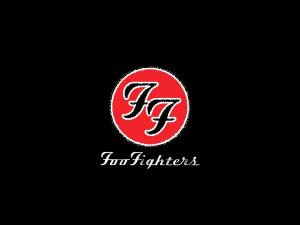